I spent the last four days in Mexico.  The symposium in Monterrey, Nuevo León was really great.  A couple hundred people came to the pre symposium live cattle handling I did and their were six hundred at the main conference. 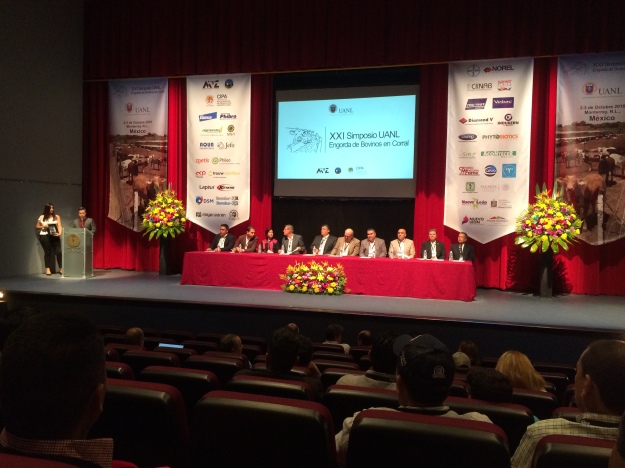 The people I have been exposed to in Mexico are really open to learning.  They are such good hosts.  Dennise Garza and her husband Manual picked me up and took care of me the whole time I was there.  I had met a few of the people that were at the conference when I was in Mexico previously, but most were all new.  I ate lots of Mexican carne and enjoyed it. 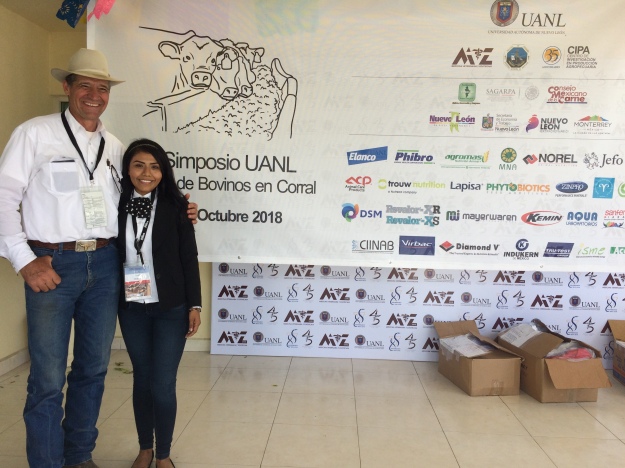 STUDENT AND ASSISTANT TO DENNISE

The demo was very challenging.  I had flown all night and didn’t get much sleep so I was a little more fuzzy minded than normal (75% fuzzy rather than 50%).  They didn’t have enough ear pieces for all the attendees so we hooked my microphone to the translators earpiece and then he would translate over the PA in Spanish.  It really throws my delivery off and it took a while to get comfortable.  The cattle were real nice to work and the facility was good so that part was a big help.

When I spoke at the symposium they had earpieces for everyone and it was much easier.  I don’t do PowerPoint so I just get up there and start talking without really knowing where I’m going to go.  It really makes me nervous before I start as it all has to come to you as your presenting and I am real nervous about going over on time.  There were lots of really good presentations before me and they all used PowerPoint, so the crowd was about “slided”out so I think it’s good to present using a water bottle and my Greeley hat.

It also challenges me to come up with different ways to present stockmanship and helps me not to get stale saying the same presentation over and over.  My mind just doesn’t work that way.  The only problem is that I always miss something that was important to say, and lots of times I say things I shouldn’t.

The interpreter got a big kick out of one thing I said.  They wanted to put a GoPro on one of the heifers to put back through the chute.  I had done it before with a harness deal that comes with the GoPro.  I was trying to get it on and off in the chute and I said I would have been a lot better at this when I was a young man with a lot more “bra”practice.  Sometimes I talk faster than I think, and it’s better to be like my friend Kelly Pollard that thinks faster than he talks.

We had great meals, lots of companionship, and lots of great Mexican hospitality from the sponsors and the hosts.

After the two days in Monterrey, I flew to Cancun to a Feedlot symposium put together for key customers of Zoetis Mexico.  Here I knew many of the attendees and most of the Zoetis people, and had my favorite lady in Mexico, Lulu translating. 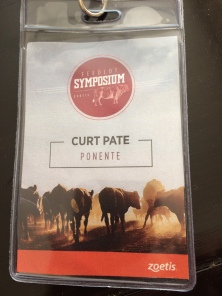 I felt very comfortable and my friend and fellow cattlehandling instructor Estaban ? helped me with what they would like to focus on.  I was the opening presenter so they were all fresh and awake.  It was a good afternoon and evening.

We were at an all inclusive resort so we ate good.  I went to bed and was looking forward to getting up early and going for a swim.  I listen to KGHL on the internet in the morning but the programming was not at the correct time.  I got to putting things together, looked at the map and realized I was on the gulf side of Mexico instead of the pacific.  I had always thought Cancun was on the west side and never had looked.

I woke up on the wrong side of Mexico!  It was a good swim in the early morning, then at breakfast I had a nice visit with Guillermo González, the one that coordinates my work for Zoetis in Mexico.  Somehow the conversation got on Grizzly bears.  He shared this photo of the last Grizzly bear killed in Mexico. I think it was in the early 1960’s. 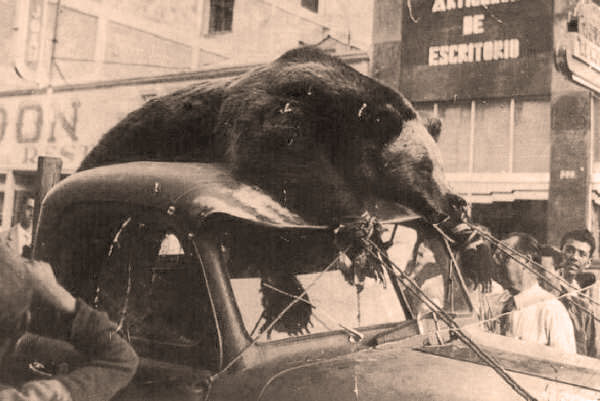 I watched the conference for a bit and then off to the aeropuerto to fly to Texas for the Stockmanship and Stewardship event.  Come see us if you are close Stephenville, Texas.