Imagine we are somewhere in livestock country North America. Outside the country hall are lots of pick-up trucks with trailer hitches, 4×4 SUVs, and one Volkswagen bus. Inside we have lots of different hat styles. We have cowboy hats, (lots of different shapes and styles)caps with company logos, a few stocking caps (tukue if we are in Canada) and some long hair hippy types with no hat(most likely organic producers[a little humor]).

There is a presenter up front promoting and teaching “low stress livestock handling”. He or she may be showing video and talking about how to be more humane and low stress in the handling of livestock. Lots of do’s and don’ts and instruction on the “right” way to do it.

After the talk, then the whole crew is fed by someone that gets a little time to promote a product. (The folks in the VW van are a little light headed from the steaks served by pharmaceutical Company because of the hormones and antibiotics)[Im still trying at the humor thing]

Then we go on to the live demo. This is the place that really tells and shows the truth. People enjoy seeing real time, live work. It’s easy to set it up where the cattle will work good by running them through before and not using cattle that would challenge you, but you still need to work right to make it a good demonstration. 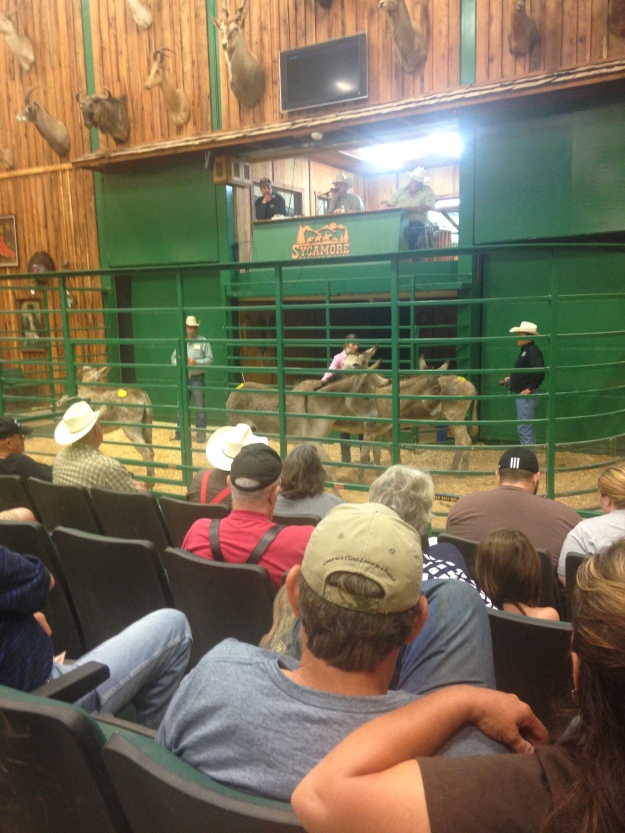 If the cattle are not pre trained and not the best to work, that’s real world and these situations need to be learned from as well.

After the question and answer session is over everyone heads home.

I can just imagine some of the conversations on the way home. Some positive, some negative, some confused, some excited to try new things,and some glad they have been doing things the way they should.

We all have different ideas and methods of working livestock. Some are habits,
Some are learned, and some we have copied the way others work. Some want to learn new ideas to be better, some wanted the free meal and the visit with neighbors, and some had to go because that’s what the boss said.

It is very difficult to present ideas that will help everyone’s skill level. I’m just glad people are out presenting. It gets people thinking, searching and trying things. Livestock handling is so hard to teach and learn as the situation is always changing. You have to think, act, react, change, then think, react, change and act again. If you give up if things don’t work perfect, you won’t get very far.

This is the challenge for “cowboys” (I hope I can include myself in this group)we can always get the job done. Our skill is all about getting it done with whatever it takes. If you can’t then you may not be a “good” cowboy. The cowboys I see really hook onto good stockmanship(a stockman) are the ones that really believe in doing things with the right amount of pressure, and that means doing things with as little pressure as is necessary, but as much as is necessary at the time it’s necessary.

The challenge for the non cowboys is many times they can’t or don’t want to physically create enough pressure to “make a cow go through pressure”. The cow learns this very quickly and pretty soon the cows pretty much refuse the pressure presented to them.

So, let’s look at some ideas that I think will help understand pressure and how much to use.

Electric or power fence can be very effective. For it to be effective animals need to be trained to it. Set up a situation to where the shock (pressure)comes from the correct spot (balance point) to teach the animal to move away from the pressure, and learn to not push through the fence(pressure). If the pressure(shock) is not enough the animal will learn to “push” through it and it will be ineffective and teach an animal to walk right through pressure. Another way of saying it is it has to be enough pressure to change the mind. You must do the same to be effective.

If the fence is “hot” the animal knows without any doubt that it is pressure it doesn’t mess with. Livestock will graze right up to within inches of a fence, so they are not afraid of it, just aware of it. If you shake the wire or it pops they will move away from it as they are aware of the pressure it can create.

The pressure of the fence creates stress the first time,(sometimes twice, as most young cattle have to go back and touch it again just to make sure)but once they are trained they only touch it by mistake. You can have a stud or bull on one side of a good power fence, and a mare or cow in heat on the other side and the power fence will keep them separate and safe. You could do it with another fence, but it would be sort of like the wall they want to build between Mexico and US.(that will be next weeks song).

Proper pressure is effective if is used properly. Enough is way more effective and long lasting in the animals memories than not enough. To much for to long or at the wrong time creates long lasting fear.

Many people have been injured or worse from working with bulls. I would bet a large percentage is not from a bull trying to hurt the person, but a bull running over the person or hitting a gate fleeing from another bull.

A bunch of bulls can be moving along just fine and you wouldn’t know that anything was going on, and in a flash everything’s changed. The bull that is leaving in a hurry understands the pressure the other bull can create (from previous experiences)and is leaving the scene no matter what is in the way, even an electric fence.

If you’ve moved many pairs around with a bull with them, you’ve probably experienced the bull stopping the movement and not letting them go through the gate. One bull can stop the whole bunch, and make it very difficult to pressure enough to get things turned around. The cows understand his pressure, and he is very good at using it effectively. It seems like three or four people yelling, pushing and lots of other things should be able to overcome the pressure of just one bull, but it can be very difficult if the cows don’t move away from your pressure properly. The single bull is able to put more pressure back on the cows than you can push forward.

He has the same effect going through the gate as the chute has on getting cattle to go into the lead up alley to the chute. When something is putting pressure on from the front, it creates the same situation as trying to push a rope, or backing up a old time hay wagon. It doesn’t go where it’s supposed to, and if you push harder and faster it makes it worse.

Hopefully it’s starting to come together. If you had taught your livestock to take pressure by using the correct kind of pressure and release of pressure, either by the animal being driven or the person doing the driving. This is what we should be doing when we are moving cattle. Teaching them that you will and can put as much pressure on as needed (fence charger), and having them not move in a panic, but understanding to move if you ask or tell (bulls).

They will never learn this if you are drawing them or calling them with feed. I’m not saying you shouldn’t “bait livestock”, but if you are out of balance on the draw and the drive you will have a hard time driving them.

Bottom line is low stress handling is not just low pressure. This can and does create more stress and lower production. That’s why I like to call it “effective stockmanship”. Your pressure has to be effective in all ways to really work livestock in a manner that is low in stress to the animals and the humans.

Work your livestock and learn what you need to do. 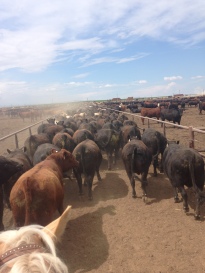 I hope I haven’t made the folks in the van mad. They have just as much right to be in this livestock business as any. Truth be known I would have probably sat with them at the meal. I would have learned something new to think about.

Many small operations or places that are very into being “at one” with the animals have the very best intentions, but if you watch the real animal world, it’s not very touchy feely. When a hour old calf try’s to suck the wrong cow and she kicks him real hard or butts him into the fence with her head, that’s not very touchy feely. It would be animal cruelty if the human did it, but for the cow, it’s just what she does. She doesn’t understand touchy-feely, giving it or taking it. She just does what she lives.

You can change that by the way you use pressure. Think about it and figure it out. That’s how it works. 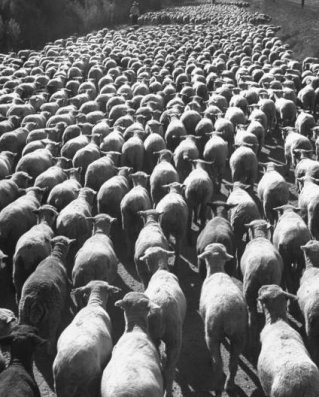 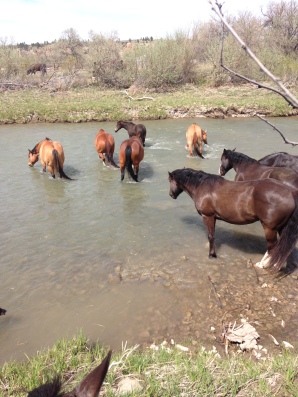