I visited one of my favorite western stores last week. Frontier is located in Claresholm
Alberta. I’ve been visiting it for a long time on my trips to Canada. They happen to have a Greeley Hat Works hat selection. I was looking at the Greeley’s on the wall and they were the most diverse selection I’ve seen, from flat brims to dress hats. Lots of different styles.  Albertans have lots of different styles.

I continued my work this past we for Zoetis Canada. Shawn Wilson was my host this week. I have spent a week or so with three different Zoetis guys, and each week has been very different. I have enjoyed watching the way they all do there work, and they have made my work them a real good experience.

We visited all feed yards this week, two a day, a total of eight yards. Not one was the same. The first was very strict with safety protocols, and I had to wear a helmet and a Kevlar vest, as well as use a whip to work cattle. They had to ride in a snaffle, could not wear Spurs and had to have closed reins. They all wore steel toed boots and had break-away-stirrups. At some corporate yards I’ve worked with in the U.S., they had just the opposite rules on account of safety. Interesting how different opinions can be on what is safe and unsafe. I think it’s important to have safety as the culture, and how you achieve it is create skills that are safe. 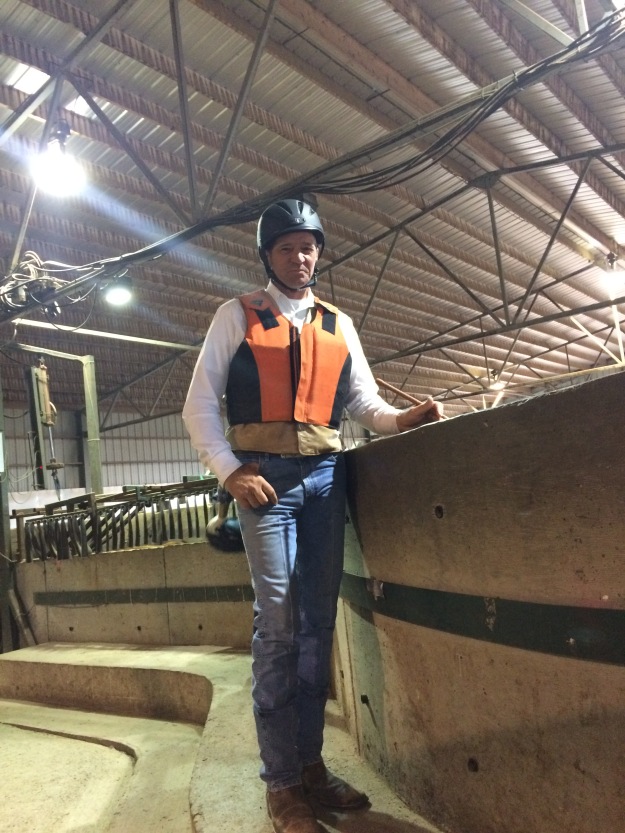 They had a concrete tub set up with automatic gates. They did not believe in a “Bud Box” and felt it was dangerous, and didn’t work well.

We then went and visited with Veterinary Agri-health services. Another diverse group. From old school cowboy vet, soft spoken deep thinking vet, young Ohio shy vet, and Cody the cow vet, that is not only a veterinarian, but a social media star promoting by posting all things veterinarian, and two sharp young vet techs that both had very nice smiles. A very diverse practice. It was a very well spent afternoon for me. Feedlot veterinarians, as a matter of fact, all veterinarians are so important to our world, and I don’t understand how they keep up the pace they do. They have so much mental and physical demands put on them, I am amazed at how they keep on keeping on. 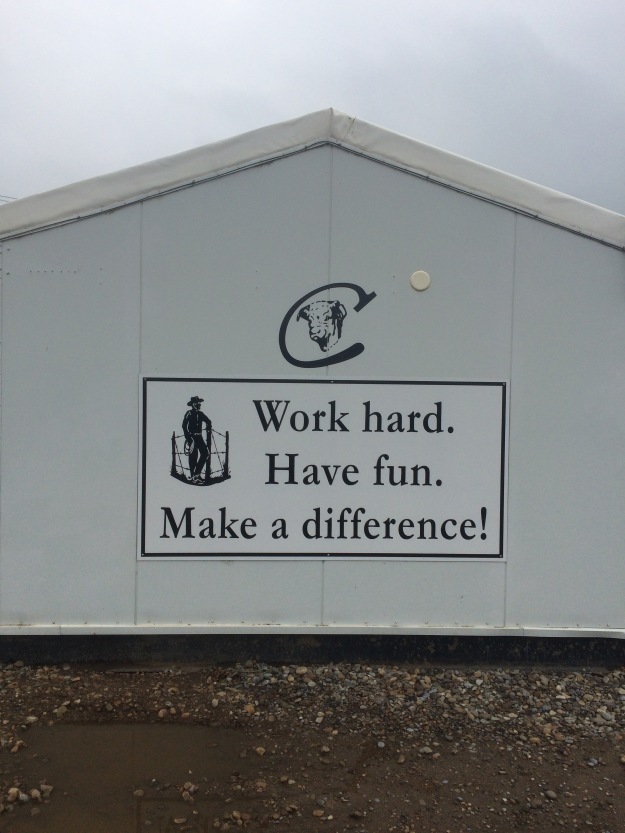 Next morning we went to a real organized yard that is expanding. They were thinkers and did not follow the herd. They did not have feed bunks but feed pads more like a dairy. The existing processing facilities was a tub, but in the new expansion they were putting in Bud Boxes. They only had one pen rider, and he was real handy, rode his young horses he was getting paid to ride. A very different feel from the day before, and the enthusiasm for feeding cattle and going forward was real exiting to them. A good group of folks came to participate, and were very engaged and eager to learn new ideas.

Next stop was mostly Mennonite Feeders and crews. Different again, but real fun people that just seemed to really enjoy the work, gave each other a hard time, and new how to make money in agriculture. Most of them worked on foot, and we put some cattle through the tub system and I shared some ideas that they seemed to appreciate. Another fine day for me learning and sharing, then I headed south to Lethbridge.

I’ve been to the next feedyard before and new the crew, so it was much different for me pulling in. They are very good horseman, have lots of experience with feedlot cattle and know how they want to do things. My mindset in this situation is to give them confidence in how good they are and challenge them to get even better. We had some great discussions in the office on the feedlot industry in general. They are very wise at Wiseman’s.

On to the next one! We pull into a new yard for Shawn and me both. Family operation and we are met with enthusiasm and a little apprehension. After we broke the ice and got to working we got long just fine. Good crew, and they had just built their own Bud box and alley, so we re-implanted a pen of cattle and shared some ideas on how to get the box working even better that they were doing. Real good folks that are getting it done a little differently than some others. 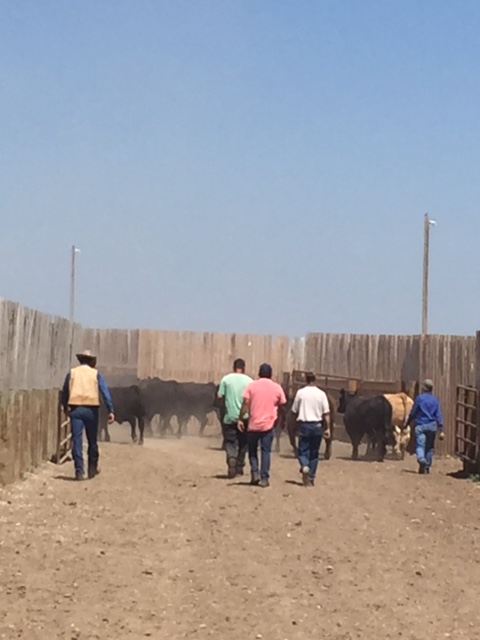 Next morning we go to a family operation that has five yards, are very aggressive, and are looking to the future. This is the first time I’ve ever gotten to an operation and they had prepared a list of things they wanted to work on. The cattle manager was very skeptical of having me there because of previous experience, but we got along good and actually worked as a team to reinforce what he had been emphasizing. The first yard they walked the pens. Then we went to another yard and they were horseback most of the time. Another diverse culture, and the emphasis was on getting the most out of everyone while keeping them happy and productive.

Cal Drake and Dr. Cam French from South Alberta Vet Services were with us and we all had a great discussion over pizza on ways to improve and go into the future. After we finished we stopped by to visit with a pen rider named Garth that I have been watching at the Zoetis feedlot challenge for the last several years. He is very good at his job and it was great learning a little bit more about him and his life. Listening to Garth about his experience in life was the cherry on top of the ice cream for my week. A real nice way to finish.

Shawn dropped me off at my motel in Calgary, and he went to his other passion, coaching and improving baseball players. Great guy with lots of industry knowledge.

I did what I like to do after working in a feedyard. I went to a steakhouse by my hotel, and had a real good steak. As I am eating it I reflect on all the things I saw in the last couple of weeks working with the folks that bring it from pasture to plate. This is such a great business we are in. As I have seen in the last ten days, we can all be very different in the culture of raising cattle for the purpose of creating high quality protein, hopefully at a profit. I believe it is not so important what style you work in, but doing what you do properly. You can wear a helmet and a flack jacket, or a flat brim hat and a wool vest, process cattle in a tub or a box, head and heal them to brand them or put em through a calf table. As I was eating that very juicy, tender and flavorful steak I don’t know how it got on my plate, but I do know I sure enjoyed it. As I watched the tables around me, I wondered what they were thinking about as they ate, drank and were merry. One lady ordered her steak well done and her husband had it medium rare. Diversity, but still enjoyment in the eating side as well.

I believe it’s not what we do, but how we do it. All the feedyards I visited were very different. Every bite of steak I took had a little bit to do with all the great people I get to work with in this great industry. Sometimes I feel like John Wayne in the movie “The Cowboys” when he says to the crew “I’m proud of you”. I’m proud of the progress we have made in the animal husbandry of our beef production in the last fifteen years.

As Shawn was heading off to coach the baseball team, I realized that is what my job is. I am a coach to improve skills in this game of animal handling. It sure is good to have such a good team.

4 thoughts on “The Diverse Culture to Make Steak”